A Tale Of Two Rivers

Heroes and zeros last weekend on the river. Managed to win the Wychavon Championship qualifier on the Avon at Evesham with a level 10lb net. That included 4lb of hemp roach, a good 4lb+of perch and three chublets. When the scales arrived I thought I’d maybe got 6lb 8oz, so I was well-chuffed to be completely out – That’s not like me, cough!

Evesham Festival here we come! Would be rather nice to be the first person to ever win the Wychavon Championship three times…

Next day I was on a searing hot River Thames between Abingdon and Culham. Some terrific weights of bream were caught but the small fish sport was pretty dire for many, including me. I never even saw a roach, but the last two bites came from Reggie the Crayfish and Percy the pocket-sized Pike. Definitely the smallest pike I’ve ever seen!

The joys of summer river fishing! 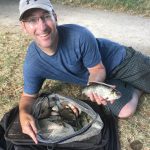 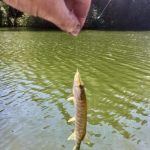 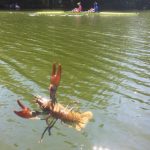