2015 was the year that I learnt the jolly phrase, “Aaah not bad!” off some of my Northern fishing chums. I think that perhaps sums up my year in a nutshell… 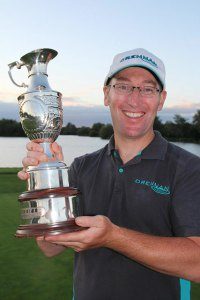 The absolute highlight for me has to be winning the UK Champs for a 3rd time. It’s something that I don’t mind saying I’m very proud of. Winning two rounds outright, including a new PB match weight of 275lb was the icing on the cake.

I can be guilty of fishing a bit erratically and inconsistent at times, but I had my head on straight for this one, put the prep in and got the result I’d worked so hard for. It might not have made anyone else’s review of the year, but it certainly topped mine!

After being a finalist in 2014 I threw my place away in 2015 on the Makins qualifier. Unbelievably, I tied on weight with Andy Power with 93lb 8oz. Despite everyone assuming we’d both go through, the organiser’s decision was for us to stop on after the match and fish the same pegs for another hour. In hindsight I never really stood a chance. History shows that Andy went through while I spent the next couple of weeks in a bit of a daze! Oh, I forgot to mention I actually weighed a match-winning 94lb that day… but I went over my keepnet limit by 8oz! A schoolboy mistake and I paid the price. Lesson learned methinks!

After that I was determined to make amends and entered several more qualifiers. I managed a lake win and 3rd overall at Partridge Lakes with 178lb off Covey 4 and then a 4th at Tunnel Barn Farm after winning Jennys with 169lb. Close but no cigar! 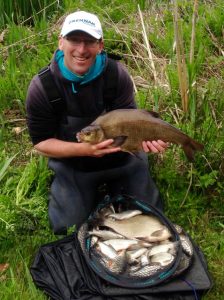 Out of the big 180-peg carp festivals I normally just fish the Milo and the Preston. The Milo is normally one of the best as the fish are hungry and spread out. On the final day I managed to do something I’d always wanted and that was to snare a big Porth Reservoir bream. Plenty had been feeding all week and I managed a nice big slab on the pole to go with a load of roach and skimmers for a section-winning 21lb and 3rd on the lake. That helped me to a top-10 overall finish as well. Happy with that!

The next big festival was the Preston and once again Porth was kind to me as I won the whole lake on the final day with 19lb of roach on casters.

helped me into the all-important Top-24, so I had once again qualified for Â£25,000 Parkdean Masters! A chilly wind meant my end peg draw on Jennys was sadly never in the race but it was still nice to be lining up with so many top names. Well done to Andy Geldart on a convincing win. The other thing to note was it was the youngest ever lineup in the competition’s history. A great sign for the future! 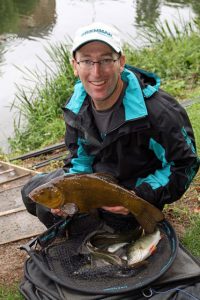 The Evesham Angling Festival has always been kind to me, so after bagging an early tench in this year’s Wychavon Final I started to wonder if I could do the unthinkable and win another big trophy for a 3rd time! Alas, it was not to be, but my pal Dean Barlow was a very worthy winner with a hard-earned 9lb of roach. I still managed to get on the podium in 4th place, though.

The next day my Team Drennan squad of Wayne Swinscoe, Dean Barlow, Chris Vandervleit, Dan Varney and myself had qualified for the Team Champs. This was 14 teams of 5 and we put in a solid performance to finish 4th behind the ‘big three’ of Barnsley, Dorking and Starlets. A very decent result, I reckon, and I know we had at least one person scared! 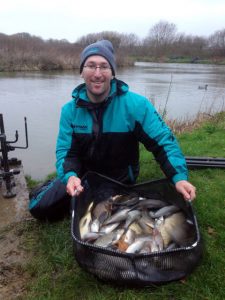 I was really looking forward to the Drennan Rive Silverfish Festival down at White Acres and managed a good lake and section win on Python on Day One. I came a bit unstuck the next day but still managed a 3rd on Jennys to make the top 10. Well done to Derek Hammond who won the whole caboodle with a perfect score! A couple of weeks later and I was back down Cornwall for the Garbolino Winter Festival. I managed a lake win on Acorn and another lake win on Jennys to go with a lake 2nd on Trelawney, a section 2nd on Pollawyn… and a mega blow out on Twin Oaks!

The ever-consistent Harry Billing won the festival as the only person with a maximum 32 points. Six anglers ended up on 30 points, including myself, but my woeful effort on Twin Oaks placed me 7th overall. I was still really chuffed with that as it’s my favourite festival of the lot. Every year it’s fished a bit different and this time it was a tough and weird kind of week fishing in such warm, wet and windy conditions every day. 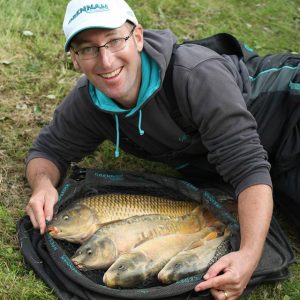 One big down side of my season has to be deciding to call it a day with my old Maver Midlands team. It was a tough decision but as I now live in Oxfordshire everything is suddenly another hour’s drive away. They’re all a great bunch of lads who I’ll really miss. I know they’d do fine without me, though, as there’s still some bigger drawbags than me amongst them!

The only ‘team’ winter league I now fish is the teams of four at Tunnel Barn Farm. My Match Fishing Drawbags quartet consists of Jamie Hughes, Joe Carass, Paul Bick and myself. Jamie has unbelievably won three rounds individually but we’ve had an up and down time as a team. We had an unbelievable 85 out of 88 points on one round, then a real dipper soon after (Although I was actually elsewhere that day!). We’re just a handful of points off 2nd place at the halfway stage and with five rounds to go anything can happen.

This place is definitely getting peggier but the sports is so technical and you never stop thinking about your feeding and working for each bite. My last four matches on there are a perfect example. I’ve had a 6lb complete blowout on High Pool… but still beat the next three pegs to my right! I then had 61lb potting maggots for 3rd on House, a 124lb lake win on Jennys on pellets and then a 48lb lake 3rd on Extension throwing maggots. Each match could not have been more different.

The only other winter league commitment I have is a really well-run and friendly individual league at Packington Fishery. Over 55 anglers fish over 10 rounds and I’ve had two 2nds and a 5th in my 11 peg sections so far, including a lovely 34lb of skimmers on Big Gearys one day. Sadly, I’ve already had to miss two rounds. I won’t name names but the people filling in for me have both come 10th in section, so that’s two of my droppers already! I’m not really a fan of league rules that allow stand-ins, anyway, so if I can’t win this league on my own ability then I probably don’t deserve to! 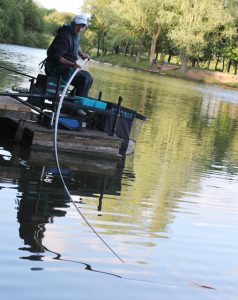 I have been fortunate to get out on the bank with some great anglers in 2015. Stu Conroy margin fishing at Meadowlands was an eye-opener. I couldn’t believe how much stick he was giving his pole, then afterwards he admitted it was MY top kits he was using!

Getting out with Alan Scotthorne every month is always a privilege. Without doubt the highlight was being on the Trent with him stick float fishing. I think some people forget that Alan first made a name for himself on that river and I had to pinch myself a couple of times during the day.

I’ve also got out with top anglers like Darren Davies, Steve Hemingray, Si Willsmore, Paul Glenfield, Dan Varney, Chris Vandervleit, Pete Caton and plenty more. It’s also been great spending some time covering other disciplines. My work chum Ryan Hayden has really taught me a lot about specialist fishing and is surely another Martin Bowler in the making. 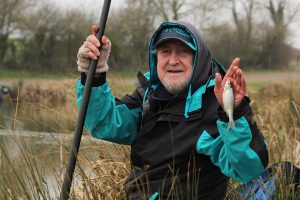 I’ve also been on pike, catfish and carp fishing sessions with people like Stu Lennox giving me a fresh outlook on this sport. It was also great to finally get back out on the bank with long-time friend, Dave Armstrong. Earlier in the year he invited me to an open match at Hawkesbury Fishery. I used to live 10 minutes from the place yet I’d never actually fished there. To cut a long story short, it turned out to be a rover, I picked the fishery owner’s favourite peg and won the match!

It’s also amazing to see my hero, Bob ‘The Maggot’ Taylor, on the bank again. Despite being in his 70s, surviving cancer three times and having his voice box removed, nothing has stopped his passion to go fishing! He’s a true fighter and someone I admire so much. 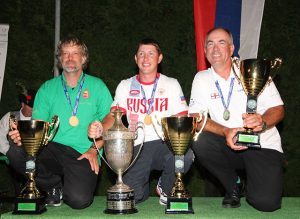 Going over to cover the World Champs in Slovenia was also amazing. It’s a stunning country and the River Sava was possibly the best venue I’ve ever witnessed. Drennan Team England did amazing to earn a bronze medal and to witness the praise and applause that Alan Scotthorne got for yet another two section wins and an individual bronze medal really drove home to me what this man has achieved.

Later on in the year I also finally got to visit Ireland for the first time. I flew over to cover the Home International and although I was shattered afterwards I thoroughly enjoyed the experience. Everyone keeps telling me how much I’d love the Irish festivals. Maybe one day I’ll get chance to sample the sport in Ireland for myself…

So what’s in store in 2016? Naturally, I’d love to defend my UK Champs title. Realistically, I know that’ll be a tall order so I won’t be disappointed if it doesn’t go my way this year. I think my biggest personal target still has to be getting back in the Mega Match This Final. After that, I just want to try and get out most weekends, strive to be more consistent and, most important of all, fish in good company with friendly faces and enjoy it as much as possible. Have a great 2016!