No Light At The End… Yet 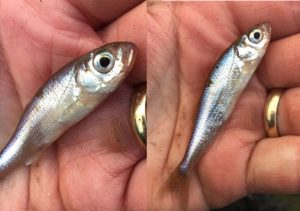 Oh dear. I really am having a bad spell at the moment aren’t I!? I seem to go through a really dodgy patch every single January, however, and 2017 is no different.

Next up was Round 8 of the Tunnel Barn Winter League. I made the bold decision to do the team draw this time and was fairly confident other than one very daft and superstitious niggle. That was the fact that Joe had written my name down last on our team sheet! As I said, it’s a completely silly superstition, but it was on my mind all the way through the drawing process.

I pulled out red hot flyer 6 on House for Jamie Hughes, a half decent New 17 for Paul Bick and a reasonable 28 on Extension for Joe Carass. Not too many worries so far. I then proceeded to pull out dreaded peg 5 on High Pool for myself! It’s the second worst peg on the whole complex. The worst being peg 7 (and that’s assuming peg 6 is never put in the bag). Bugger!

I still went to the peg feeling philosophical. Fish can swim, so I might catch? If not, it’s only fishing and I’d hopefully take one for the team and the rest will do well. My target was two F1s and to try and beat at least six or seven anglers on the 26-peg lake.

It was frozen, of course, so I made two nice narrow channels. One was my banker diagonally towards peg 3 and the other was diagonally the other way. Two rigs were set up; a light rig and a lighter rig and I was ready well before the start.

Jamie reckoned he had five bleak the week before from this area which I still couldn’t believe. However, there were very tiny fish topping in front of me and one even bizarrely banked itself on top of the ice for a few seconds. It actually did look like a bleak!

Well, after five hours I had caught a plethora of mini species; 40 in total. Roach, hybrids, perch, a rudd and a fish that I couldn’t identify. I had also hooked and lost two small F1s in the first hour. One was foul-hooked at mid depth and the other slipped the hook at the net. The ice then melted and with it seemed to go my chances of catching any more. I tried venturing closer and closer towards peg 3 but it was all in vain. I assume I was plumb last as Steve next door on 7 somehow managed one huge F1 with an hour to go. I actually don’t think the two fish I lost would’ve earned me any more points on the day. C’est la vie!

As expected, Jamie framed and was 2nd in the match with 62lb off House and Joe and Bicky both did well to put us on 55 points . My disastrous performance must have cost us over 20 points and hasn’t done us any favours in the league stakes. However, all the top teams dipped a little on this clearly tough day and only 72 points was needed to win the round.

Oh, and that mystery fish? Well, I thought it was an ide fry, but after a bit of research I’m now convinced it’s a motherless minnow. It’s an invasive species so that’s not too good if so. Also strange how the only place they seem to live is the worst few pegs on the entire venue!

Next day I was back at Tunnel for Round 2 of the Individual Winter League. I was happy with my draw, peg 24 on extension, but obviously got it all wrong. It was frozen yet again and I made two channels, making sure not to break all the way across to leave a small canopy tight over. Not sure if that was right in hindsight. My simple plan was to start shorter for a very quick look to see if anything was about, then dob bread for as long as possible before swapping to maggots.

That plan failed miserably as I never had a bite on bread while they both had 4 or 5 early fish either side on the stuff. I started on a big bit of punch but soon swapped to a 6-7mm to 0.10 and anywhere from 2in off to half depth but not a nibble. Swapping to double pinkie and a light rig, not feeding, brought a perch and a roach in two drops. Not a great sign either.

I bottled it and started to very lightly drip in a few maggots in one of my channels and after five roach I eventually caught a nice F1. After that I managed just five more small F1s the whole match while they bagged either side.

By the midway stage the adjacent peg to my left was ice free, so I got jittery and took a major gamble and broke a channel through the ice to that peg by tapping away with my pole pot. It gave me a fresh dobbing area to my left which was, alas, also biteless. I managed two F1s in this new channel on maggots but, deep down, my confidence was shot as I’m sure tapping the ice with a pole pot doesn’t do your swim any favours. However, I was already sensing failure before taking a gamble that sadly never paid off.

I ended up with just 10lb 5oz and tied with two other anglers and was probably joint last on the lake. Not a good weekend at the office. Meanwhile, all the top weights came from dobbed bread as I knew they would. I’m still not sure why I couldn’t buy a bite on the stuff other than not breaking the best of ice holes. I’m normally quite good at this ice breaking lark but, just like my fishing, I’m not exactly on form. Sadly, at this chilly time of year the quality of ice hole you create can sometimes be the difference between catching and not.

At least I actually caught a few fish, I suppose, when you consider how many blanks there were elsewhere up and down the country. I definitely need to pull my finger out at the moment, though. I remember when I used to be half decent at this winter F1 lark!