Top Of The Shop 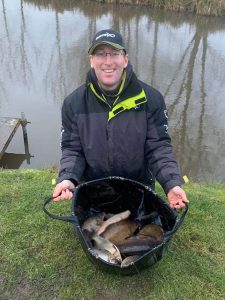 I fished the fifth round of the Tunnel Barn Teams Of 4 Winter League today with Team Dynamite. I was handed peg 23 on Club! Maybe the end peg drawing arm has finally returned? It’s not the run-to peg it used to be this winter, but I still half fancied it. Less so when I was told the underwater bubblers had been on all night. No wonder it’s fishing so patchy!

Club’s a good bread dobbing lake, so that was the main plan. Took a while to locate a few fish but once I did I had a nice day’s fishing, catching all sizes of F1 and a few carp. Fishing nice and light was crucial and the fish definitely were not where I expected them to be on the day. A few late maggot fish on top gave me a 52lb total for 2nd on the lake and 4th in my 22-man zone, but way behind Matty Bingham’s match winning 122lb from peg 8 on Jennys. That peg has now won two matches on the trot with over 100lb!

Teamwise, Ben Sharp did mega to come 2nd overall from New, James Fowkes was 7th in section on High and Jack Danby clawed some valuable points from a poor draw on Extension, despite recovering from illness. We ended up 2nd as a team on the day and are now sitting top of the league by one point at the halfway stage. A lovely position to be in just before Christmas! 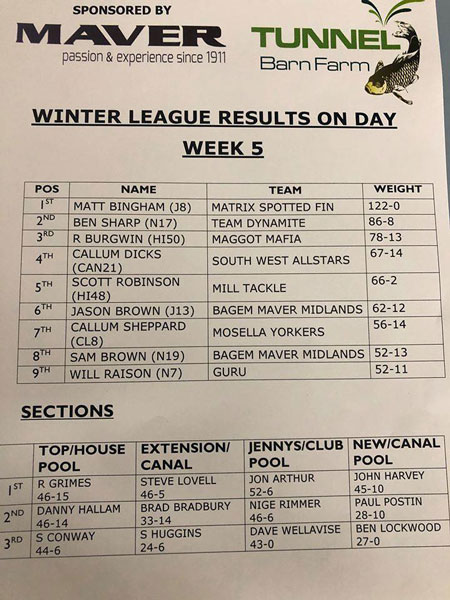