Finally Waking Up At The Barn 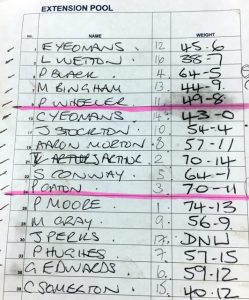 Yet another really windy and stormy day but I was happy with peg 21 on Extension. It’s a great peg on the lake, even though it’s strangely not been producing as well as you’d expect lately. My only issue today was the wind, which was up to gale force at times and hitting me side on from the 20s as well as from opposite, through the gap in the islands. That meant I was getting buffeted and battered from all angles and it wasn’t pleasant! Wind tourettes kicked in several times I can tell you!

Starting short at four sections I managed a few small stockies and two older F1s before venturing out to 13 metres where it was about 4ft deep. This spot was a waste of time as tiny stockies were causing me no end of missed bites and liners. Another pole section was duly added to get into 3ft of water. This was better but it was only once I went a few inches even further and shallower that I cut down on the missed bites. I had a decent run of fish here but they were mostly small and the wind blew a few off as I really struggled to hold 15m of pole. I tried to drip a few maggots with my micro pellets and that killed the peg stone dead!

A few looks with a deep dobbing rig into the bowl to my left was really disappointing, especially as the last time I drew this peg I won the match with a big weight of carp and F1s doing precisely that. The fish were clearly happier in shallower water today.

As the wind worsened I knew I needed to catch bigger F1s closer in. I decided to try and make something happen down the margins and thankfully it worked and the fish were there and hungry! What’s more they were really big ones too; fish we haven’t seen much of all winter! They definitely wanted pellets as I found maggots were a complete waste of time.

I ended up with 71lb 14oz for 2nd on the lake, just pipping Pete Caton by 3oz and Phil Moore’s 74lb from in-form Peg 26. Mark Taylor’s 84lb was best on New Pool and the whole complex had fished really well with loads of fish being caught close in, mostly on pellets. Thank god for that as that means these fish are finally having a munch so I can start to feed some bait and make things happen. No more dobbing and starving fish onto the hook from now on!