So You Wanna Be Sponsored? 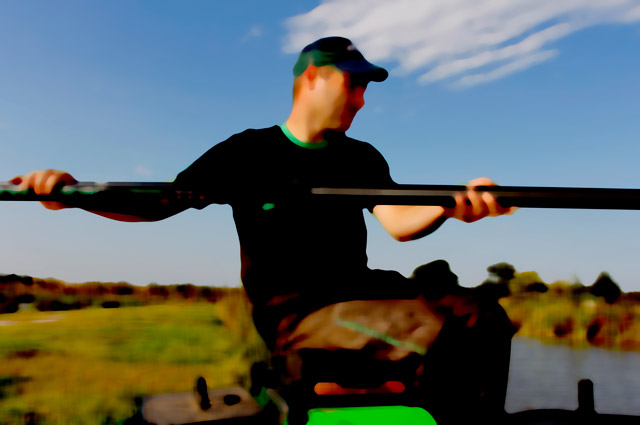 I have had a number of people contacting me lately regarding getting sponsored, so here’s my advice for any wannabe anglers out there. I originally penned this article several years ago for the Match Fishing website, but it now appears like this and lots of other useful articles are sadly no more. However, all of the points are still extremely relevant today.

My number-one piece of advice for anyone wanting to get sponsored is to treat it like a job interview. You must be presentable, approachable, keen, enthusiastic and then ask yourself what YOU can do for the company. That really isn’t too hard to get your head around, yet so many people make fundamental mistakes. You can quickly tell the ones that simply want some free gear.

There are also more professional ways to go about it than poking someone on Facebook or Twitter. I regularly get sent blunt messages like: “I love your stuff. Any chance of getting sponsored?” Now ask yourself how people are really supposed to react to that, especially if they don’t know you, your age, country or background? Actually, it’s more often something like, “Ite m8. Any chance of u sponserin me”!

That brings me nicely to my next point. I haven’t got a problem with people getting an occasional apostrophe in the wrong place and getting your ‘there’ and ‘their’ mixed up, but try and spell the name of the company and the person you’re contacting correctly at the very least. That should at least prove that you are bothered!

I think blogging and being active on social media outlets such as Facebook and Twitter can be very attractive to a potential sponsor. It shows you are keen, enthusiastic and up with modern trends. If I was unsure about someone, however, the first thing I would do is check out their Facebook page to see what kind of person they were.

I remember once being messaged by someone I did not know about sponsorship. A quick look on his Facebook page and I didn’t have to scroll down far to see loads of swearing, half-naked women and anti-Islamic sentiments! This is someone who wanted to be backed by a respectable, international company. Would YOU sponsor that person?

I know plenty of excellent anglers out there who would be on my shortlist for some kind of sponsorship based on talent and results, but what they write on social media really lets them down.

Sponsored anglers regularly appear in the media; particularly magazine and newspaper articles. As an ex editor, I quietly laugh when some individuals openly criticise and slate publications on public forums and then beg you to star in a feature. Er, let me think…

Even if you have no intention of being in an article, don’t forget that companies advertise in the media and appreciate its importance. For that reason, think twice about rubbishing publications in which a potential sponsor is advertising inside.

This links nicely back to my first point. If you are serious about getting sponsored, the most pro-active thing you can do is approach a company in a professional way with a typed-up CV. Explain who you are, where you’re from, what you’ve done and what you’d like to do. List your achievements and aspirations. Send some examples of articles and written work in. Provide links to your blog, YouTube page, Twitter profile or whatever else you think a sponsor will be interested to see.

It is pretty easy to spot if the same identical letter has been fired off to a hundred addresses with an ‘insert company here’ to fill in, so try and make it personal. Explain what you like about the company and always ask yourself what you can do for them, not what you want from them.

Many anglers are happy to simply look the part, but the lure of free tackle is without doubt a driving factor. That won’t happen overnight and is a privilege that has to be earned. More often, a company might just provide you with some luggage and clothing and/or bait. This might be free, it might be at a discount. Companies don’t tend to throw free tackle around for nothing; it is an investment and they will expect some sort of return. You cannot just grab a load of freebies and run! The harder you work and the more you achieve the more you will hopefully be rewarded.

Again be warned, however, as the angling community is much smaller than many people realise. If you go bragging in a pub or tackle shop about gear you have or haven’t got it is surprising just how quickly that can filter back to a sponsor.

Everyone has their off days but if you try to be nice, friendly, helpful and approachable you have a much higher chance of getting on in life, not just in angling!