Winching In The Willows 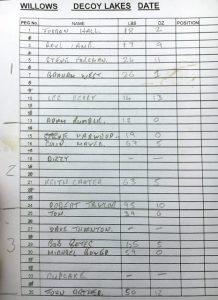 I had never seen Willows at Decoy until the night before this open, when I had a quick post-match walk around to see what the lake looked like. I could immediately tell it would be a tad peggy if you drew on there with clear fliers with islands and gaps and room. Two pegs that looked a bit more hairy than the obvious fliers were pegs 1 and 35, which were either side of a little bridge and full of dodgy looking reeds. Proper man’s pegs! Despite a number of lakes being in on the open (as there was a big turnout, all practising for the Winter League Final) I wasn’t at all surprised to draw one of these snaggy bridge holes in the morning, as peg 35 stuck to my mitt!

Talking to a few locals they all said it’s a great summer peg but I might struggle as it’s so clear and snaggy and the shallowest peg on the lake. It was also so clear that you could see carp cruising all over the lake as we set up. That at least gave me some optimism that the fish were swimming about, so I guessed they must want to swim under that bridge at some point in the match, which was the obvious bottle neck to ambush them.

I felt dobbing maggots and corn skins would be the order of the day and that’s how it panned out as I only had a few roach where I fed any bait. I managed some carp at 15m and 16m up the far bank but the bulk of the fish were in and amongst the reeds, venturing further and further into the lion’s den as the match progressed.

I managed to persuade most of the fish away from their lair but a few lost fish are inevitable in a peg like this. I lost one great big 10lber that wallowed around before deciding to swim the other side of the bridge and got stuck in a tightly knitted clump of stems. I cannot believe how much my Acolyte pole bent and 0.14mm Supplex hooklength strained before it finally parted!

I ended up with 50lb and a few ounces, which I was really happy with. Everyone I spoke to reckoned it was a good weight from the peg at this time of year. The fliers in the 20s did the damage as 95lb won the lake, but only 67lb was 2nd, which I definitely must have had on the hook, looking back. Despite that I still felt I’d done pretty well and drove away feeling fairly happy, albeit with a sleepless night dreaming of playing tug o war with those carp! 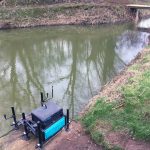 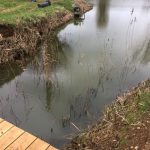 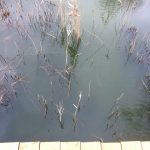 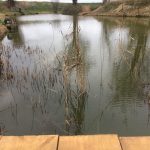