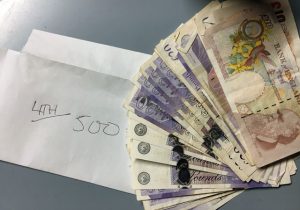 This was the last round of the TBF teams of four and, for me at least, it couldn’t have come soon enough! It’s been by far my worst ever series at the venue and I don’t think I’ve been on a framing peg on any of the rounds.

Peg 40 on High Pool was my final destination and it was ‘lovely’ sitting there grimacing with an icy blast and snow flurries in my face all day! I had more fish than anyone up my end of the lake but sadly they were very small and only went 15lb 10oz on the scales. All I had on maggots early doors was tiny roach so I spent the first four hours on pellets, catching F1s from 2oz to 10oz and lots of really really tiny skimmers up to 3oz. Starting up new lines never got away from those little skimmers and, strangely, I couldnt get a bite feeding neat micro pellets. The only way to get an F1 in the peg was to feed a little nugget of groundbait and micros.

The last 40 minutes the pegs I was facing up the channel all went in to overdrive and started bagging decent F1s while Andy Moors to my right was also getting occasional big F1s and strangely no small fish trouble whatsoever. I finally managed a late run of maggot fish myself at 13 metres with four F1s of 1lb apiece.

Team wise we’d done half decent with 63 points. Joe did well on New 31 and Paul Bick had a reasonable day on Extension 1. Jamie Hughes did really well to win House Pool off peg 8 and that sealed his individual aggregate win for a second year running. The man’s a machine!

MAP Bait-Tech won the league pretty easily so very well done to them. The ever-impressive Guru quartet took 2nd spot with Shakespeare 3rd. As a team we ended up 4th for a nice £500 pay day. Not sure I deserved any of that money though!

I think this was our final outing as the Match Fishing Drawbags. Paul fancies a dabble on natural venues next winter, Jamie reckons he’ll do some commercial silverfish matches much nearer to his home and Joe and I reckon 10 matches is too much for us both to commit to. I keep saying commercial silverfish matches are what I really want to fish in winter, so next year that’s what I’ll try and do a bit more of. Anywhere I can actually feed some bait to make something happen!

Looking back, we’ve done bloody well as a foursome, though, with a team 1st, 2nd, 3rd and 4th over four seasons. Joe, Paul, Jamie, and Steve Ringer in the earlier MF Drawbags years, it’s been a pleasure to fish with you all. Over and out!