Jon Of The Arctic 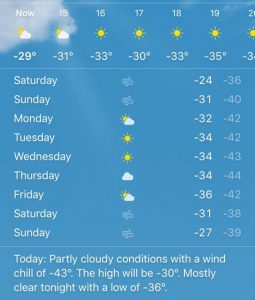 This was one of the coldest winds I’ve fished in for a long time! I was at Decoy practising for the forthcoming Winter League Final with Drennan Oxford and really looking forward to a change of scenery. I’ve only fished about four matches at Decoy, all Match This qualifiers in warmer weather, but I’ve always done pretty well and it so far seems to be one of those venues that’s pretty kind to me.

I pulled out an end peg (no surprises there) which was peg 1 on Damson. This lake is nothing like the rest of the complex and rarely used in normal matches, hence why it was actually paper pegged. My peg is apparently a flyer and full of fish. Actually ALL the pegs are full of fish it seems as it’s absolutely rammed with stockies; mostly 4-12oz F1s and 6-14oz mirrors plus the odd better sample.

I went off like a rocket ‘stockie bashing’ and must’ve had a good 40lb after two hours… then the Arctic winds arrived! I suddenly went from an F1 a chuck to sitting there biteless for 40 minutes! My peg is just a few metres from the very end of the lake and I’m convinced the cold wind blowing straight down into my corner turned the water over and meant the fish didn’t want to be there any more. 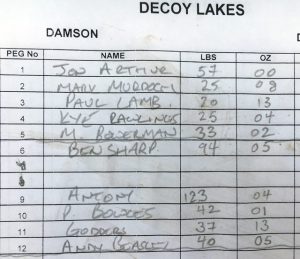 I went from throwing bait and fishing all frantically to carefully potting in a few morsels and finally clawed a few bites back. It was no coincidence that these fish were now chunky little mirror carp stockies rather than the F1s I was previously bagging.

Boy it was cold and everyone I spoke to said the same. Even the two sheltered end pegs the other end of the lake said how cold it had been. What an Arctic blast!

I managed 57lb for a section win, which I was fairly happy with, while the two end pegs out of the cold winds had a whopping 94lb and a 123lb match win! There were some good weights all over the complex in fact and three of the four of us picked up money. Awesome sport for February! I’m really looking forward to my next visit now…