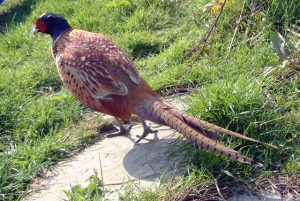 I have finally managed to get on the hallowed Jennys Pool at Tunnel Barn! Sadly, it wasn’t for a winter league round, where mega team points are almost guaranteed! This was just a 36-peg open with Club, Canal and Jennys all in. Still, I quite fancied my draw as peg 8 had been really good leading up to this match.

However, as I set up there were a few warning signs. I never saw a single fish roll in front of me, whereas you could see odd ones topping the opposite end of the lake. I had Pete Caton behind me on Club Pool and he also mentioned that they’d been topping down my end ever since the aerator at the other end had been on. I can only assume it had now been switched off for a few days as it looked disappointedly vacant again now!

My biggest worry for the day was that I had TOO much room! Yes, I know that sounds daft but in winter the fish definitely back off and sit in between the anglers. I never had anyone until peg 5 to my left and all the way behind the back of the island until peg 15 on the opposite bank – so I’m surprised I never got asked for a day ticket!

Well, after an hour I had caught one little perch. Great! Another 45 minutes later and I’d added three little roach to that tally. Great! To be fair, everywhere I looked it was fishing rubbish with just a few fish being caught at the opposite end and hardly anything on the lake behind. Surprising considering how mild it was. It was flat calm once again, however, and the lake was much clearer than you’d expect, as I could see 2ft down. Another high pressure day.

I knew my best chances of catching anything now were to fish the angles, right out of the peg, or try and catch something with a dobbing rig in the corner. However, out of desperation I thought I’d also plop in a ball of groundbait in front of me, where I hadn’t had so much as an indication on pellet, maggots or pinkies. Unbelievably, I had a small F1 and then a 1lb skimmer over this. I did the same on a closer swim and had an F1 on that too. Just as I thought I was on to something I never had another bite on either swim. However, it was definitely food for thought for another time.

Up to now I’d already tried dobbing dead maggots and sweetcorn skins all over the peg but thought I’d have another try in the corner. First drop and it buried instantly. It was a big 5-6lb mirror but sadly wasn’t in the gob and after a five minute scrap it shed the hook. That at least gave me renewed hope that there were a few better fish about. I could also see Paul Holland catching into his corner and the pegs behind me were also doing the same, so it looked like the fish were sulking out the way of everyone in the quietest areas.

I instinctively picked up my dobbing rig, set it 2ft deep and swung a corn skin out. It buried immediately and I missed it! I shallowed up a few inches and repeated. It buried again but this time I was attached to a fish. I really feisty battle ended with a 3lb common in the bag. Nothing more followed for a good 10 minutes but I persevered as there was literally nothing else happening. I managed one F1 and that was the end of that. Very interesting nonetheless…

By now I had noticed F1s topping in the corner on the other side of the lake. In fact there were loads of fish rolling over there much of the day and I still can’t believe I never saw someone’s pole tip pointing that way. I don’t think the angler on 15 had a single look in his corner and I was dying to chuck a straight lead over there instead!

The whole place had clearly fished rock-hard. Just 24lb won Canal, 40lb won Club and 49lb won Jennys. All the top weights came up the opposite end and I was 5th on the lake and 7th in the match with 27lb. I know I could have caught a few more and there was quite a few things I could have done better or differently, but hey ho. The F1s definitely had a bit of an off day all over the complex as quite a lot of ‘proper’ carp had been caught instead. I’m sure if bread had been allowed I would’ve tempted a few more dobbing fish that were clearly in the area and sulking.

Never mind, I’d won nowt but it was an interesting session and plenty of food for thought for my next visit.