Runner Up At Lychgate 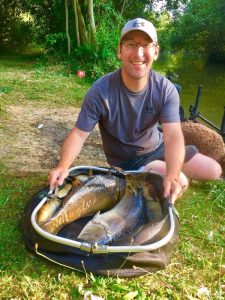 Two matches this weekend. First up Packington on Saturday. The less said about my performance the better! Limped home with 52lb off peg 10 on Molands. Needed three times that to win. Well done Jason Brown with 157lb off peg 48!

Next day I journeyed up to Lychgate Fishery in Leicestershire to fill in for my mate Dave Armstrong on his Summer League. Only been once before and that was many many years ago, before they knocked the lakes into one. Lovely looking place, full of features and the fishing’s not for the faint hearted!

I drew peg 23, a decent peg with lots of options, and was warned I’d be tussling with zoo creatures and snags, so I geared up accordingly. Kicked off on 0.20mm line direct to a 12 hook and 18-20 elastic and stuck with that setup all day!

I was also advised to bring four loaves of mashed bread(!) as that’s what Andy Findlay caught on recently. Erm, I wasn’t prepared for doing that, so stuff that I thought! Instead, I fed dead maggots across to the island and double corn and cat meat down the side, both over Dynamite Green Swim Stim and Marine Halibut groundbait. 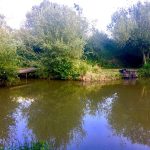 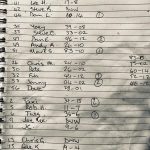 A good first and last hour saw me end up with 12 or 13 very angry carp. Only one grizzly thing made it to the bridge and lilies, where it snagged me solid, but I think that was hooked up the derrière. One other broke me, which was my own fault for not checking my rig. Other than that I felt I had a fairly tidy match.

My 75lb total was enough to win the section for Dave and came 2nd overall. Just one more fish would’ve been nice, as 83lb won. Oh, and thankfully mashed bread never worked for the Fin this week, so I’m glad I chose to make jam sandwiches with mine instead. Yum!