Coaching With Ricky At Makins

When Ricky Marks and I tackled up at Makins Fishery earlier this week I was a little worried that the fish might switch off in the 30ºC+ heatwave. I needn’t have worried. The fish were ravenous!

We kicked off with pellets on the short pole, feeding the fishery’s Dynamite Green Swim Stims with a banded 6mm pellet on the hook. It soon became clear that the fish were hungry and after an hour of bagging up on the deck it was time to go shallow.

Swapping to a dibber rig and upping the feed soon had the carp boiling! This also attracted some bigger cruisers that were coming in to investigate, but hanging off the feed. Occasionally adding a couple of extra sections and flicking the rig towards any dark shapes saw him skilfully pick off some extra bonus fish.

The fish were clearly hungry, so we turned our attentions to the margins. Now this swim was tricky as it was very shallow and at times there were too many fish in the swim – if that was possible! Feeding correctly was crucial and we worked our way through several options before hitting on a winning combination.

We could have easily bagged up short and down the edge for the rest of the day, but we chose to try a couple of other methods instead. First up was shallow fishing on the long pole. We then concluded a fish-packed day with a session on the pellet waggler.

Thanks to the ever reliable Makins Fishery for having us both and also to Dynamite for supplying our bait. When I poured some pellets into Ricky’s bait tubs in the morning he commented that he didn’t expect to get through all that. Well, more than 150lb of fish later, those tubs were looking decidedly empty! 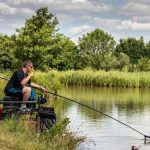 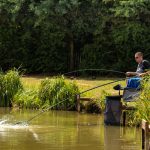 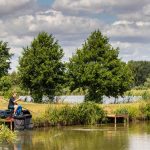 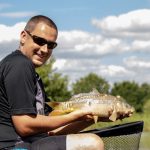 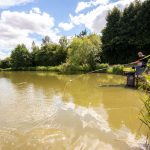 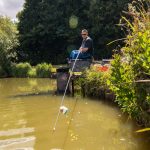 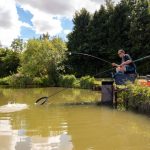 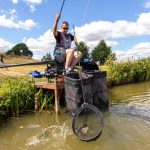 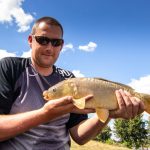 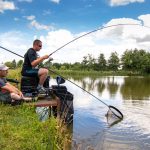 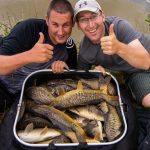 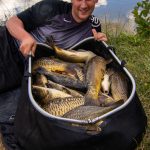