Great Time At The Glorious Glebe

Cor blimey what a day Gordon and I have just had at The Glebe Fishery!

After retiring from the army, Gordon is really into his fishing again and was particularly keen to perfect his pole fishing skills. I had such a nice match on Lake 6 recently I didn’t hesitate to bring him to the same lake to get some pole elastic stretching.

We kicked off around 5m out with corn and had a carp immediately before the bream and silvers took over. Out to 13 metres on the deck with 6mm pellets and the carp were quickly relocated and we soon had the bottom fizzing like a jacuzzi! He was still catching well, but I knew as soon as he picked up a shallow rig things would get even better. Carp and flying bream were now the order of the day!

With fish after fish dragging the elastic out it took a lot of persuading to pull Gordon away from that swim to have another look at 5 metres. He couldn’t quite understand why we’d come off feeding fish. About 20 slightly bigger carp and two tins of corn later it soon became clear!

Feeding was absolutely crucial and he must have thought he was back in the forces with Sergeant Arthur barking orders at him to keep that feed going in!

We then had a surprise visit from my old mate Mick Wilkinson. Now, if Gordon thought I was being strict, he hadn’t accounted for Lieutenant Colonel Wilkinson’s wrath for not keeping his pole low when playing a near-10lb lump!

It was all good fun and the result was more fish than Gordon had ever dreamt of catching. After a few hours I had to tell Gordon to stop putting them in his keepnets. Catching maybe 50 or more carp averaging 4lb+ and at least 10 bream averaging 2lb+, you do the maths!

A huge thanks to Roy Marlow at The Glebe for having us. What a venue! Visit www.malloryparkfisheries.co.uk to learn more.

Also much appreciation to Dynamite for all the bait that the carp and bream lapped up! 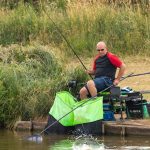 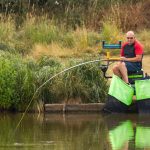 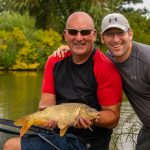 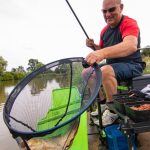 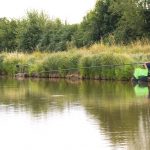 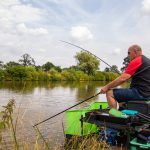 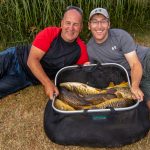 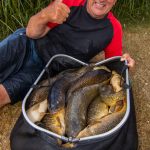 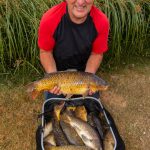