Branching Out And Giving It Some Stick! 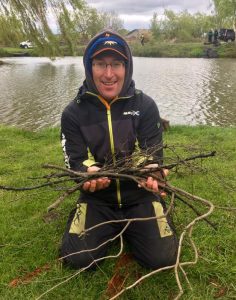 Fished the Commercial National today at Lindholme Lakes with Team Dynamite Baits. We ended up 6th out of 24 teams, which wasn’t too bad.

I drew peg 19 on Beeches, so the maggots and casters I was looking forward to feeding never even came out the bait bag! It was an out-and-out pellet and corn approach for me as this lake seems to respond best to these two baits.

I’ve kicked off on Dynamite expanders over fishery micros and 4mms, then swapped to hard pellets before ending the match on XL corn and a bit of green Swim Stim to catch a mixture of F1s and small carp.

I’ve also caught enough sunken branches to make a small forest! Several times I’ve had to net a carp with half a tree trailing somewhere between my float and the fish. It’s definitely cost me a point, but lots of others on our lake had the same problem. 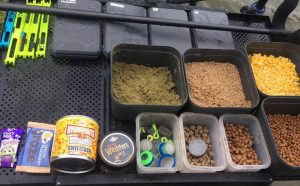 I’ve ended up with 24.7kg to win my mini section and come 4th on my board, so not too bad. Stu Conroy blitzed the section with 45kg and Emma Pickering was 2nd next to him with 32kg.

Well done local aces Team Lindholme on yet another win and also Barry Rodgers for the day’s top weight with 58kg off Bonsai. Also to the guy who apparently won his section on Oasis with 15kg of mostly eels!

Sunken branches aside, it was nice to get back to Lindholme as it’s a great venue and somewhere I really missed fishing as there was sadly no UK Champs round on there last year. Just wish it wasn’t 2.5 hours away!