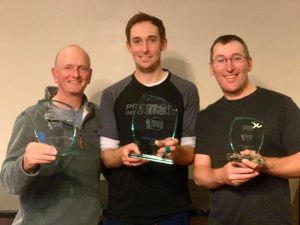 Just had a really great week on the White Acres Garbolino Winter Festival. I’ve ended up with two 1sts in section and three 2nds to finish up 3rd overall! Darren Cox just pipped me on weight count back (6lb!) and Andy Power made no mistakes to take the top prize. Really happy to make the top three again after being runner up two years ago… and I’ve somehow not drawn an end peg all week!

Day 1 I was 2nd from Trelawney 12 with 64lb of F1s. I caught best by fishing maggots and casters down the edges. End peg 6 won the section with a big 70lb.

Day 2 I was 2nd from Jennys 18 with a 47lb mixed bag. Chopped worm and groundbait at five sections was best. A really nice result off a peg I didn’t fancy, but just beaten by end peg 35 on the opposite bank.

Day 3 I won the section from Pollawyn 26 with 44lb of F1s, carassio and skimmers. I could just about hold my pole at 13m in the wind, which is where I caught everything. About 20lb on the deck, feeding balls of groundbait with double dead reds on the hook. The rest was on caster shallow in the last two hours. I was also 2nd on the entire lake.

Day 4 I won the lake off peg 14 on Acorn with 37lb of F1s and roach. I didn’t fish the greatest of matches and hooking 15 carp didn’t help, but I somehow got away with it! Live maggots and groundbait at 16m and down the edge was best.

Day 5 I was 2nd from peg 9 on a very hard Twin Oaks with 28lb of F1s and carassio. Peg 12 took the win with 31lb. I had just one carassio after 2 hours, but finally caught at 16m with dead pinkies and groundbait. The only thing I could catch closer in was little roach. I felt getting a 2nd off that peg was a right result on the day, and secured me a hard-earned place on the podium!

My groundbait all week has been a mixture of Dynamite Swim Stim Silver Fish Dark, green Milled Expander and black Milled Expander. Floats were the ever-faithful Malman Secrets and Speedy Titans. Orange 6-8 and green 8-10 Slik elastic is also all I’ve used all week.

A great week with lodge mates Pat ‘Chef’ Pritchard, Rich Farrow and Ben ‘Big Dog’ Lawrence. I must also say a big thanks to Garbolino for sponsoring the event and of course Clint Elliott and all the White Acres fishery team for looking after us so well. This is always my favourite festival, so I can’t wait to get back again next year! 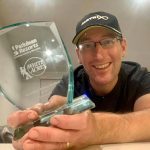 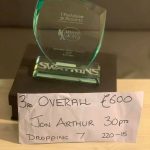 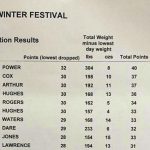 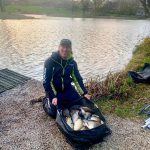 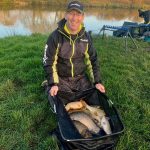 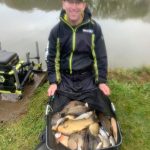 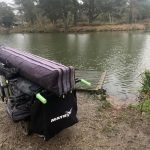 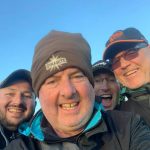 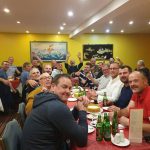 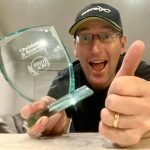