6th On The Silverfish 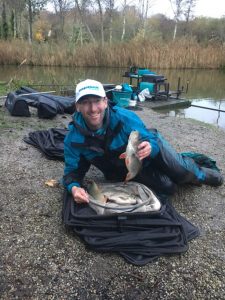 After two nice days I was really pleased to come sixth overall in the Drennan Silverfish Festival down at White Acres.

It was an unusual format with no pellets, a 13m pole limit and F1s, crucians and carassio only counting in one of the two ‘zones’ with just silverfish counting in the other.

Day One saw me on Pollawyn peg 19. Not a bad peg at all, but in a good section and in with the noted High Bank flyers, so I needed to fish well. As it happened, I would’ve needed to fish unbelievably well to overtake the section and lake winner on the day. That was Paul Yates who had an amazing 48lb off peg 28! That including seven of the lake’s big barbel to 4lb+ caught in the last 90 minutes. With F1s not allowed on this lake it would’ve been a big ask for anyone to match that on the day. 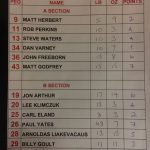 That weight aside, the rest of the lake actually fished below par and I managed 2nd in section with 17lb 14oz. That included four good perch, some smaller perch, chunky roach, a couple of hybrids and a few small skimmers. I also had to chuck back five big F1s and had a rather large 8lb+ carp break me. Other than that I don’t think I lost a fish all day.

It was really difficult to know how best to feed it on the day, but working several swims and swapping between caster, maggot and worms kept a few fish coming. 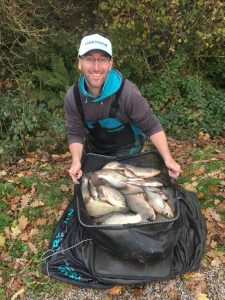 Day Two meant crucians, carassio and F1s counted and I was quite happy to pull Jenny’s 8 out the drawbag as it’s a good peg for all these species. I had around an hour on the pole catching chunky roach and skimmers before picking up my waggler rod and from this point on I never looked back. 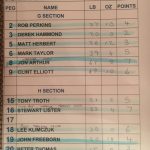 Fishing a 13ft Acolyte Ultra with a 3.5g Drennan waggler and corn I had a thoroughly enjoyable day, ending up with a lake winning 61lb of mostly carassio. I’ve been itching to get on a good waggler peg on this lake and finally managed it with a day’s fishing to remember. With fishery manager Clint Elliott on the next peg we had a good laugh too.

Congratulations to Paul Yates on winning the festival and Kian Wardle for 2nd, both with a maximum 2 points. I tied with six others on 3 points and ended up 6th overall on weight countback and a decent pickup. I suppose one way to look at it was the fact that the only person to take a point off me was the festival winner and there was absolutely no way I could have beaten 48lb on Day One. 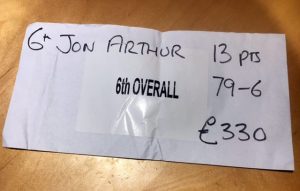 It was a really enjoyable week in great company. Thanks to lodge mates Darren Davies, Steve Sanders and Dan Varney, plus Drennan’s Gary Barclay for organising it all and Clint and his White Acres team for making us all feel so welcome.

A small footnote is the fact that, three days later, I’ve just been diagnosed with a broken rib after a mishap trying to get my barrow up the hill on Jenny’s Lake on the Sunday. Not ideal! Other than that, a great weekend and certainly one to remember!