Decent Start To The Year 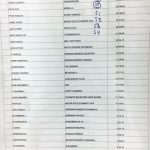 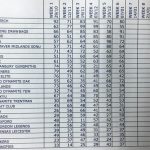 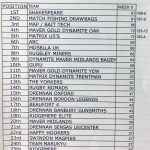 Last weekend saw my Match Fishing Drawbags team of four do the business at Tunnel Barn Farm. We had a decent draw for a nice change and made the most of it to tie with Shakespeare with 91 points. That helped keep us in 3rd overall in the league and a touch closer to the early leaders.

As far as our team fared, Jamie Hughes won the match with an exemplary display off Top 15, Joe Carass did equally well for 4th off High 45 and Paul Bick won New Pool and was also 4th overall in his split section with Jennys. I think I can comfortably say I had the iffiest peg of the four in the shape of Canal 8. The normal flyers on this lake are 1, 3 and 24 as well as a couple really in-form pegs on the opposite bank (21 and 18 I think?). Luckily for me the fish for some unknown reason chose to be at the opposite end of the lake this round. The two end pegs to our right had 38lb and 44lb and I managed 4th on the lake with 24lb 3oz beating all bar three on Extension (it’s another split section). This placed me 7th in my 26 pegs, which I certainly would’ve taken at the start.

It was a strange day as there was next to no fish in the shallower water and everything we caught was in the deeps. That was despite it being quite mild and a bit of overnight rain which we all assumed would bring the fish out the depths. However, it was also flat calm and as the lake was so clear the fish obviously never felt comfortable in shallower water. That’s probably why there was only one or two bread dobbing fish on my lake that I heard of.

With nothing on dobbed bread in the shallows or deeps. I finally found a ball of fish after about an hour, slightly to my left and at the base of the far slope. I managed a run here before they disappeared and were replaced by chunky roach. Once again pinkies and double pinkie seemed best for me, fished on 0.09mm to a size 20 and a light 0.1g prototype float. I then went a good while without a sign, as did everyone else it seemed, before they eventually turned up down the middle on a throwing line and I managed four good F1s here for a late flurry. With surprisingly just 16lb and 15lb the best weights to my left I’d done enough for good team points.