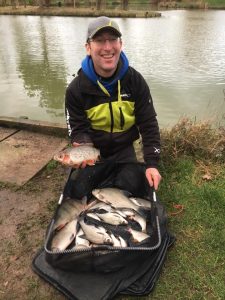 Back to Dog Lane today for the Silverfish Open with 23 anglers on it (they’ve upped the maximum pegs from 22 now). I’ve managed 2nd overall with 15lb 13oz of mostly quality fish off peg 14. Kev Folwell did really well in the windy conditions to whip out a match-winning net of 150 small fish off peg 31 which weighed 16lb 12oz. The backup weights were also really close with several double figure bags all around the lake.

I’ve caught a mixture of skimmers and roach on dead maggot, pinkie and caster over Dynamite Black Milled Expander and Sweet F1 groundbait. I got pestered by hordes of tiny roach last week so I thought I’d try cutting out the Canal & Lake I’d normally add. It worked to an extent, but the carp also went a bit berserk on it late on! The only place I could catch a silverfish in the last hour was where I’d fed some casters. Every other swim was carp carp carp! 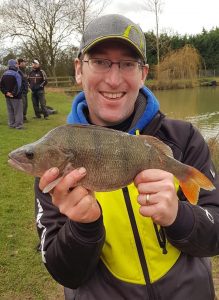 I also managed a big fat 2lb 9oz stripey close in and was hoping it’d win the coveted Perch Prize which everyone chips a £1 in for. Nope, Dick Ashby snared one that was a whole ounce bigger. Bugger bugger bugger!

My best rig was a 4×16 Malman Dusty Titan bulked down to cope with the tow and No5 Matrix solid elastic through a full match top two of my MTX4. The big perch fell to a 4×14 Secret float, 6-8 Slik elastic and single caster.

Hopefully I can go one better next week and maybe even win that elusive perch prize. I’ve missed out on it twice now; once by an ounce and last year by half an ounce! Now where did I put those drilled bullets… 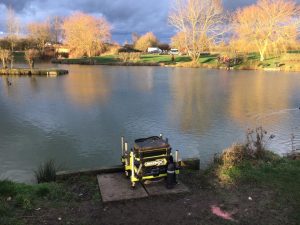