An F1 Bagging Session At Packington 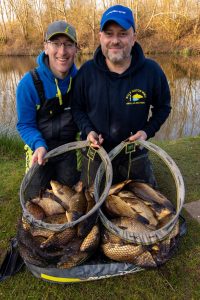 This turned out to be an unbelievably good day’s sport at Packington Fishery! Chris and I headed for Anniversaries Lake and opted for a couple of comfortable swims at the opposite end of the lake to the noted flyers. The water was surprisingly clear water and coupled with a chilly breeze I wasn’t sure how well it would fish.

We kicked off cautiously with expanders over 2mm Dynamite XL pellets on a two-plus-two swim. Fully expecting a slow start, I was pleased to see Chris’ 8-10 Slik elastic streaming out within minutes! The bites were finicky, but it was a really positive start to the session.

We then moved out to 13 metres to fine tune long pole fishing, both feeding with a pot and catapulting. Again the F1s were obliging and gave a good account of themselves in the clear water.

Things were going so great that I quickly changed my mind about our chances of catching down the margins. Dynamite XL Corn and pellets were duly potted down each side and 10 minutes later he was absolutely sacking up down there. Even with me stamping around the fish continued to feed just metres away. A top kit with 12-14 Slik proved ideal bagging gear and over the next hour it was literally a fish a chuck.

We both reluctantly agreed it was time to get back out on the long pole… and I’m so glad we did! Halfway through the session I suggested that we’d struggle to catch less than 2ft deep if they came shallow today. How wrong was I as Chris was now catching F1s literally inches deep as they boiled for his pellets!

It was a day I’ll certainly never forget and hopefully Chris won’t too. I just hope he doesn’t think every session will be like that in future!

As ever, a big thanks to John Burchell and his fishery team at Packington for looking after us. 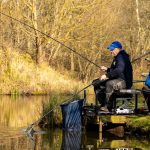 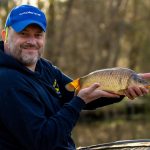 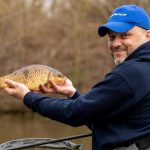 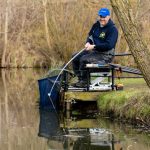 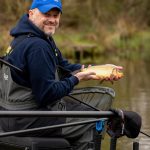 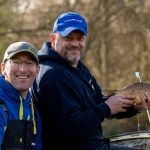 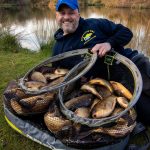