An Epic Finish At Meadowlands! 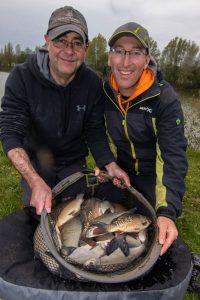 On Wednesday I was back at Meadowlands Fishery for another really enjoyable coaching session. Richard contacted me for a bit of a crash course in modern commercial fishery techniques as he has been away from the sport for many years and so much has changed in that time.

He had a modest amount of tackle, some brand new and some vintage, but I was confident it was enough to catch a few fish and get him right back up to speed.

We concentrated on the feeder and pole as these two methods will serve him well wherever he goes. Starting off on the short pole, using a new margin pole he’d just purchased, we were soon getting plenty of bites from skimmers and small carp.

A switch to the feeder was slow to begin with, until we realised the fish wanted to be much closer in. As soon as we began dropping a medium Matrix Open Alloy Feeder short we were back into action!

A few tails and swirls began appearing down our margins so we switched back to the pole. The fish were being tricky down there but he eventually connected with a 10lb mirror that really tested his 12-14 Slik elastic. 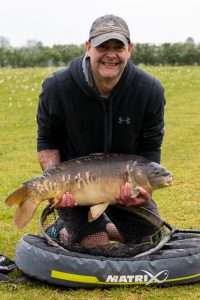 As the session drew to a close I suggested one last try down the margins, but this time with feeder gear. No sooner had his feeder settled I spotted a huge paddle over the top and seconds later a big swirl. I looked around to see Richard’s rod hooped over with a big carp on the end!

The fight from this fish was unbelievable and it took a good 10 minutes or more to get the fish close in and up near the surface. It was only then that I realised just how big it was. No wonder Richard was struggling a bit – it was absolutely massive!

I quickly dropped the camera, ran down the bank and swapped his landing net for my biggest one. When the fish finally hit the spreader block I couldn’t believe the size of it. I’m not sure if the pictures I took do it justice, but I can honestly say it’s the biggest fish I’ve seen for a long time. We never weighed it but I know it was easily 20lb+. What a fish and what an epic way to end a session! 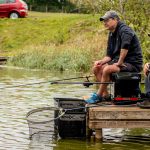 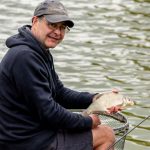 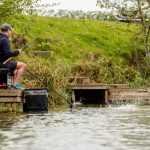 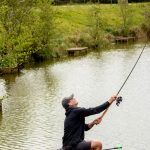 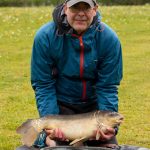 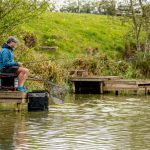 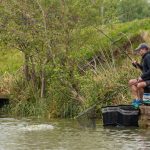 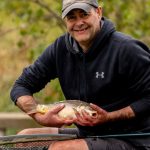 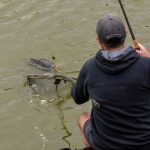 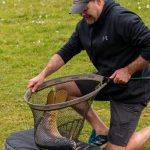 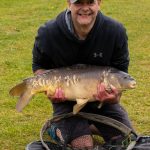 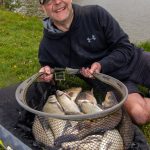