It was great to be back on the canal, coaching with Steve Petitt last week. I used to regularly travel up to fish this stretch of the Shropshire Union at Soudley when I was with my old Tipton and Shakespeare teams. It’s controlled by Hodnet AC and offers some great fishing throughout the year. There’s even a National on the stretch next year.

We headed for the cables near Westcott Lane, which offered shelter from the surrounding trees – and lots and lots of autumn leaves!

Despite the really hard frost in the morning, Steve got off to a great start with some chunky roach on bread punch at 4m. Popping another pole section on he followed that up with some quality caster fish down the track. In the latter part of the session he switched his attentions to further across the canal and ended up catching plenty of roach, perch and hybrids over chopped worm and caster.

I also took my gear so we could compare and contrast a few techniques (any excuse for me to catch some canal fish!) and had plenty of little roach fishing squatts and groundbait at 8m, plus some nice roach on caster later on.

I’d forgotten how good this bit of canal was as Steve posed with a really healthy net of fish for the camera. Many thanks to Terry Nutt and Hodnet AC for allowing us on their waters. Visit http://hodnetanglingclub.co.uk to learn more. 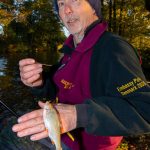 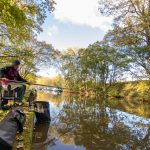 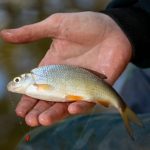 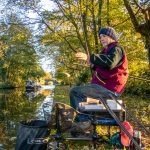 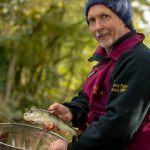 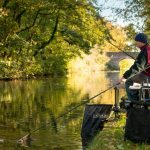 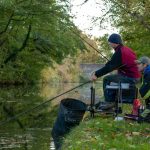 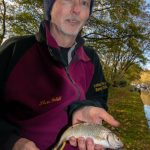 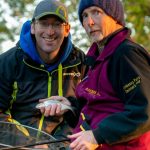 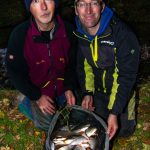 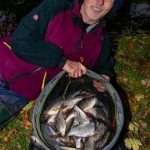