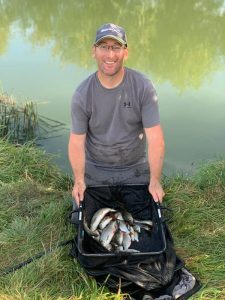 It was nice to end the weekend on a high with a cracking match on the Thames Championship. 24 teams of six, so it’s a nice big event with a real buzz in the morning. I was guesting for Blackmore Vale with Richard Chave, Gary Etheridge, Mike Berntsen, John Williams and Kev Abigail. The team came 3rd last year and that’s precisely where we came again this year, for a nice pickup! We scored 104 points with Oxford and Gordon League both on 109 points. Gordon League were champions on weight. 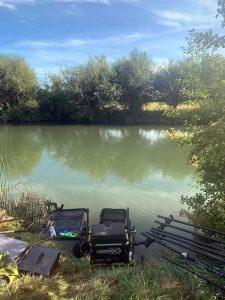 I drew A17, which was permanent peg 13 at Radcot upstream. It’s really narrow here and plumbing up I’d got 7ft between 5m and 10m out before it shelved up abruptly with just 5ft at 13m and too shallow beyond that.

I caught best on casters over groundbait at 10m, balling in with Dynamite Black Roach, Frenzied Hemp Match Black and soil. Edging a 1.5g rig through was best as the surface layers were skimming through. I also managed eight roach on hemp at 13m, but loads of boats ploughed through this shallower line so the roach wouldn’t settle. 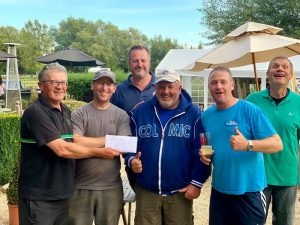 I ended up with some lovely big roach, about 30 gudgeon, 2 perch, 2 pup chub and a few dace and bleak for 8lb 4oz. That gave me 19 points out of 24 in the big section. Very happy with that as the top four weights came from the other end of the split section. I must say a big thanks to the guy below me who leant me his platform and waders and saved me a long hike back to my van. Also well done Pookie on the win with 16lb.

Only down side today was the very long and bumpy trek to and from my peg. Definitely gonna ache after that, but it was worth it for a nice day’s fishing. 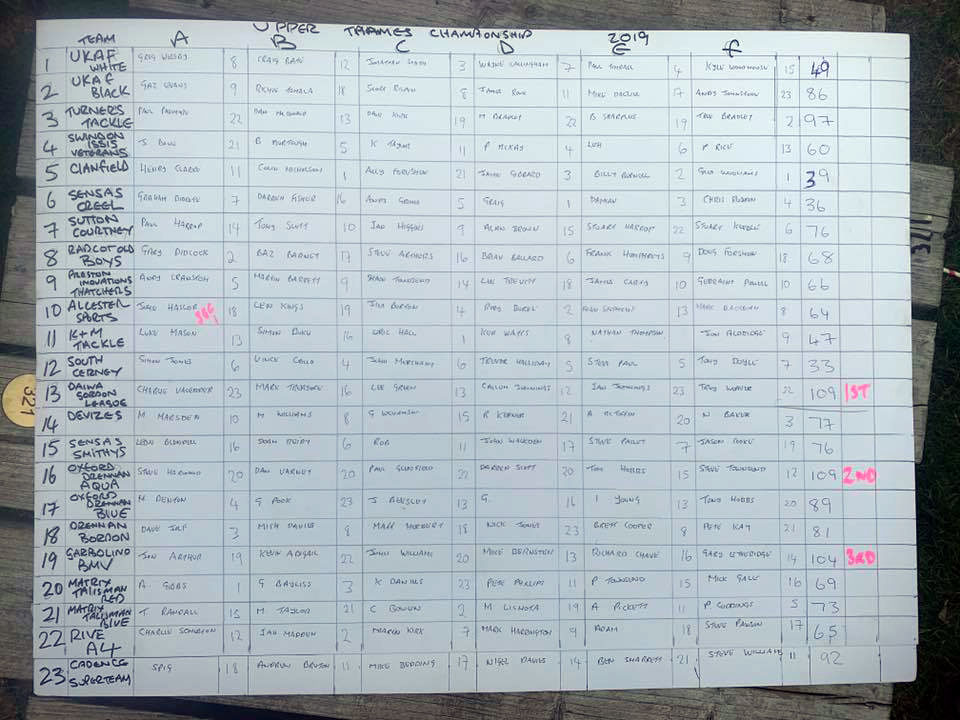