Getting Into Winter Mode 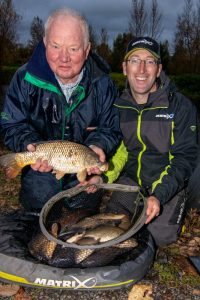 I think winter has well and truly arrived if this week’s coaching sessions were anything to go by! A week ago we could still catch shallow and the fish were lapping up the bait. Fast forward a week and the cold wind and rain has seen the fish back off and flick into stubborn ‘winter mode’!

Thankfully there are still bites to be had at places like Tunnel Barn Farm. The key now is to gauge how much to feed and really search around to locate the fish. Unless you’re on an absolute pile, they won’t come to you!

Derek and I had a nice, interesting (and chilly) day on New Pool. I fully expected maggots to be the number one bait on the day. Well, they were… if you were after gudgeon. We caught loads of them! It wasn’t until we swapped to a pellet swim that we began to string regular bites together. I know Derek was really surprised where we finally located them as they definitely wanted to hide down the edge today. Some really lively common carp also joined the F1 party and took a bit of getting out, but the old faithful 10-12 Slik did the business!

A hard-earned catch was Derek’s reward and I think we both deserved a well-earned brew afterwards! Thanks as always to Tunnel Barn Farm for having us. 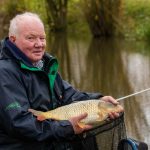 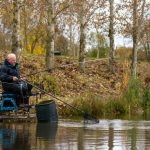 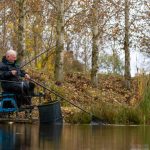 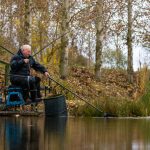 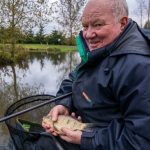 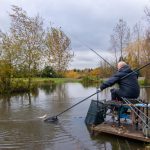 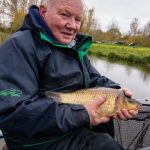 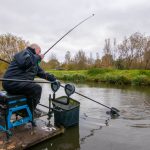 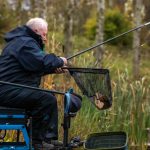 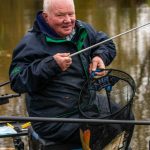 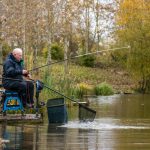 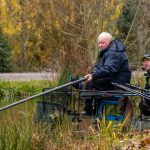 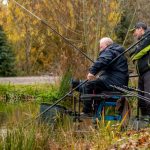 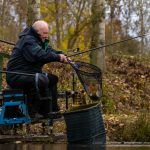 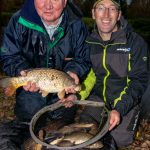 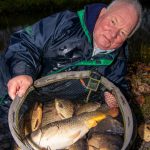