Coaching With Jeroen On The Avon

An absolutely fantastic session on the river last week with Jeroen from Belgium, who booked a day’s fishing with me during his UK trip.

We tackled one of my childhood favourite stretches of river, which is the Stratford Rec section of the Warwickshire Avon. We chose to sit several pegs downstream of the historic Royal Shakespeare Theatre, where it was slightly less busy, and concentrated on pole fishing with a little bit of waggler work later on.

Most anglers fish with poles no longer than 11.5 metres in Belgium, so that’s what we both elected to do for our session. We both balled it in at the start with eight large oranges of Dynamite Frenzied Hemp, Black Roach and soil, then loose fed hemp, maggots and casters over the top.

I was a little unsure how it would fish in the sunny conditions, as our swims were no more than 5ft deep and we could see the bottom four metres out. Thankfully, it fished really well with lots of roach, perch and dace coming our way!

Despite our identical feed it was surprising how different our final catches were. Jeroen had a lot more roach and dace, whereas I had more perch, including two big specimens to over 2lb. He also had lots more fun with pike, doing well to get one in on a size 20 hook!

This bit of river is always really busy with boats and tourists but also full of fish and well worth a visit, especially in winter. It’s controlled by Leamington AA with day tickets available on the bank and metered car parking just a short walk away. 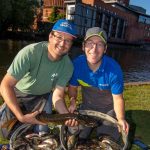 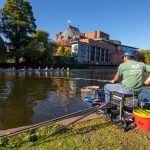 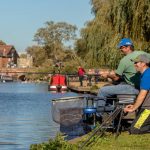 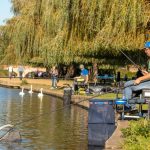 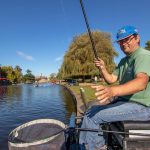 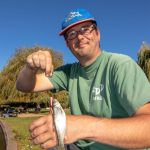 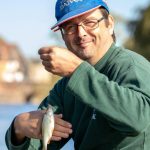 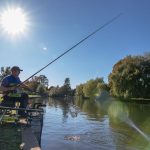 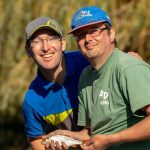 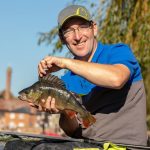 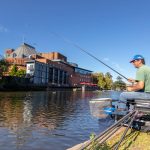 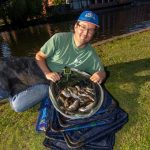