Coaching With Harry At Willinghurst

I thoroughly enjoyed coaching with 12-year-old Harry and his dad Graham at Willinghurst Fishery last week. This place brings back really fond memories for me as I used to fish here each year in the UK Champs.

With a chilly breeze and ground frost in the morning we opted for a couple of sheltered pegs on Top Lake. Starting on the short pole with 6mm pellets I wasn’t quite sure how hungry the carp would be. I was therefore relieved to see Harry’s elastic stretching within minutes as the first of many carp was skilfully netted!

That signalled an action-packed first half of the session as the fish got bigger and bigger. We then decided to switch our attentions to the bomb in open water, a swim Harry had been priming from the off. He managed a couple of fish on this tactic, but it wasn’t as fast as I hoped.
Meanwhile, Harry’s dad had located some carp by casting a feeder right over to the far bank. That was our cue to try much further across as well. It was a good decision as some quality fish were soon flexing his new 11ft feeder rod!

The carp proved too wary to catch down the edge, so we ended the session back on the short pole. Harry managed a late flurry of fish on this, nicely topped off by an 8lb mirror carp that took his 8mm pellet on the drop.

I must say Harry was really impressive to watch and showed skills well beyond his years. His dad has clearly been a great teacher and given him a solid foundation. You could also see how proud he was as they posed with some of their brilliant catch for the camera. Watch out for young Harry in years to come!

A big thanks to Willinghurst Fishery for having us. 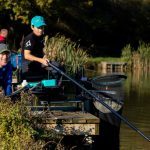 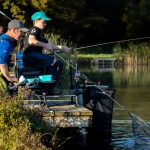 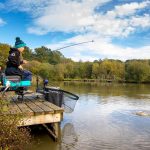 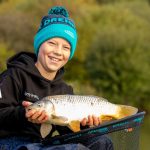 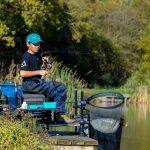 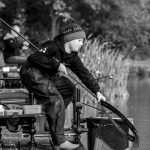 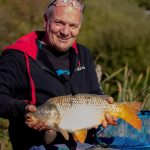 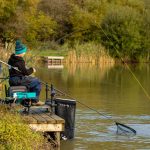 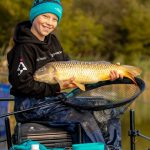 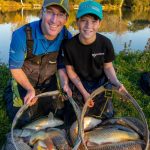 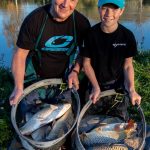 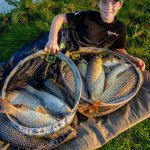