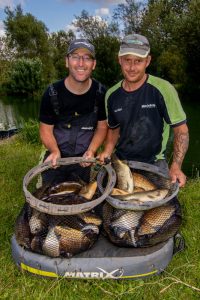 Some pics from another fish-packed session at Tunnel Barn Farm! This time I was with Richard on New Pool. Now I must start by telling you this guy is an extremely good angler and someone I certainly wouldn’t want to draw next to on many matches. However, there’s one aspect of his fishing he doesn’t do too much of and that’s fishing up in the water for F1s.

I think Richard is like a lot of anglers who wrongly believe they are miles behind the venue regulars who are doing this style of fishing week in week out. Hopefully I helped to dispel a few myths when it comes to catching shallow and also show just how easy it can be, plus the various ways you can trick fish that have seen it all before.

He was soon in his element slapping, tapping, jigging… and bagging! We also had a decent time down the margins, initially with pellets, then swapping to maggots to add another string to his bow.

Another really enjoyable session with a great guy. He even had me tying him some fresh hooklengths while he fished! Richard’s clearly a very good angler, and if he ever had a bit more time for prepping he’d be very dangerous indeed! 🙂

The catch picture shows just some of the fish that Richard caught. As ever, a big thanks to Tunnel Barn Farm for having us! 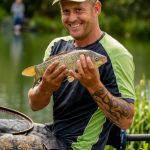 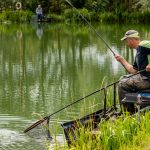 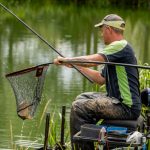 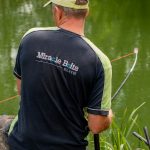 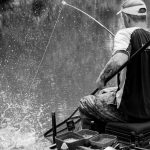 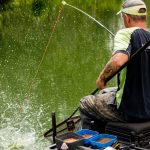 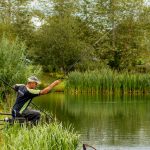 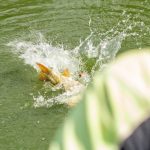 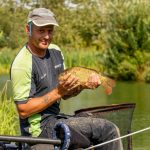 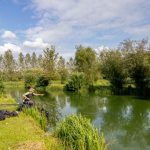 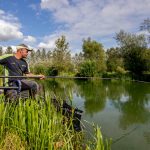 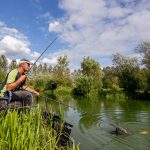 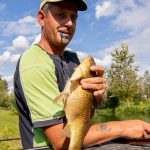 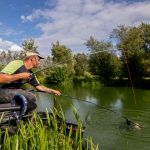 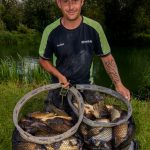 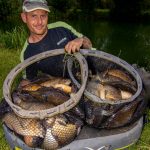 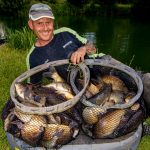