I visited the brilliant Meadowlands Fishery yesterday to do some paste and margin fishing with Drew Davis. Despite a drop in temperature and blustery winds the venue fished really well. We caught plenty of fish… and some really big ones too!

We spent the first half of the session fishing paste, which is a method I’ve always really enjoyed. An 8lb common within minutes of starting set the tone for a hectic few hours!

We kicked off with my favourite Dynamite Green Swim Swim paste mix, but also experimented with meat paste later on. Several key ways of feeding were used and we soon had the rig and hook bait working in the swim perfectly.

As the session progressed it was time for the margins. This proved really interesting as neither of us could believe how many small roach, rudd and skimmers were down the edges. They were ravenous and even taking double corn and 10mm meat! It turned out to be a really thought provoking session trying to work out how to catch the monsters amongst the minnows. Once we had it sussed, some massive double-figure specimens were Drew’s reward!

A huge thanks to Meadowlands near Coventry for having us. It’s a very convenient venue for me, so I’m looking forward to doing more coaching here in the future! 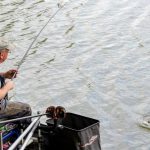 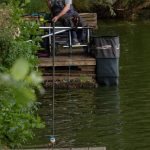 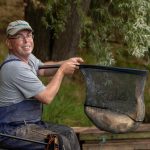 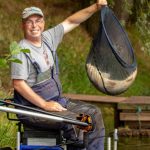 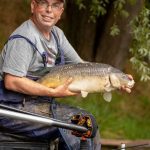 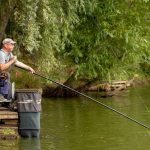 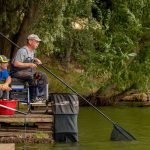 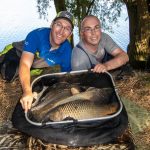 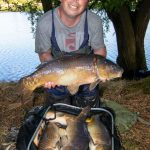