I was really looking forward to seeing Hawford Bridge Fishery again for my coaching session with Paul and David. I’d shot a couple of magazine features here many years ago; once was with Steve Ringer and once with Les Thompson (when side puller kits first came out!). That was obviously a very long time ago, so I was curious to see how much things had changed. Well, the place is even better than I remembered. It’s still full of character and even fuller with fish!

Paul and David wanted to concentrate on short pole and margin fishing. I was unsure how long it would take for the fish to venture this close in. I needn’t have worried as they were both into carp immediately!

The fishery had very kindly allowed us to retain enough carp to photograph. They reached their quota in record time and were soon popping quality carp after carp straight back. What a venue!

Despite what was clearly a big head of fish in front of them, they were still quite tricky at times. The margins were relatively deep, plus there was also a big head of perch and silverfish to contend with. I love sessions like this as there were lots of different things we could run through in terms of rigs, feed and hook baits.

Hopefully you can tell from the photos just how good this venue is and also how much the pair of them enjoyed their bagging session. A big thanks to Paul and David for such a great day and also to Hawford Bridge for having us! 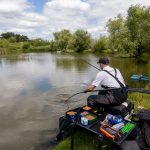 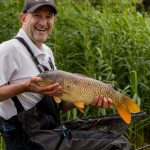 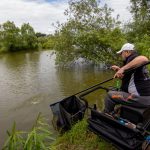 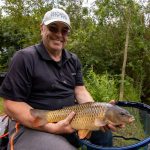 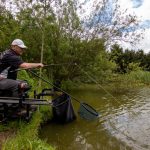 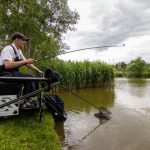 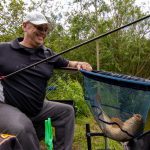 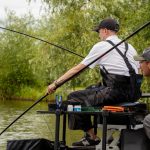 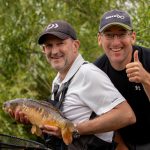 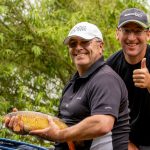 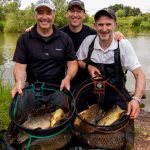 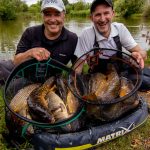