It was an absolutely scorching hot day when I was coaching at Witherington Farm last week. Adrian made the perfect start to the session, proudly unzipping a coolbag stacked to the brim with food and cold drinks. Good man! 🙂

On to the fishing, and Adrian wanted us to go on one of the tougher lakes on the venue as we didn’t want things too easy. Despite 30ºC+ temperatures there were surprisingly no fish to be seen basking but plenty of movement just below the surface, so shallow rigs would definitely come into play!

We began with hard and soft pellets on the bottom and after a few missed bites the first of many bream leapt clean out of the water! Adrian had a great run of flying bream, which were really welcome on such a sweltering day. A few carp muscled in on the action as well, but they were much happier on the long pole where we’d been loose feeding pellets. The carp were very spooky and bolting away at times, but he still managed some good fish up in the water with banded pellet.

We’d primed the margins and once again bream were dominant. I was unsure if the carp would be hungry enough to come down the edges in the heat but quality bream were more than welcome down there instead.

With temperatures soaring ever higher and the session drawing to an end Adrian wanted to have a quick go down the margins with a worm hook bait. Upon opening his tub of worms I was greeted by a gut wrenching stench and some very dead looking lifeforms! I would’ve just chucked them away but, undeterred, Adrian impaled one of the most putrid and rancid worms I’ve ever seen on his hook!

“That’s never going to go under,” I commented. Seconds later his float shot under and he was playing a carp! Surely that was a fluke? Nope! He went on to catch two more carp in two chucks on the foulest worms I’ve ever witnessed being put on a hook! What a way to end the session and certainly some food for thought… even if it put me off my sandwiches!

All in all a cracking and memorable day. A big thanks to Witherington Farm, Reid’s Tackle and Eastleigh & District Angling Club for having us! 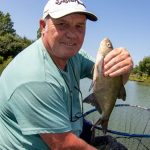 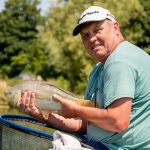 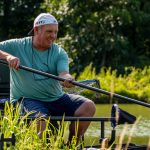 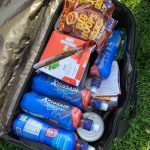 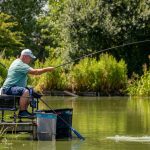 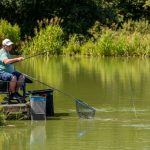 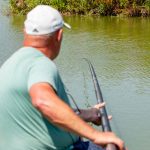 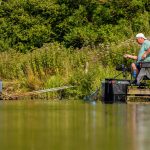 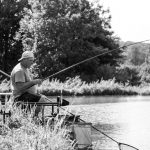 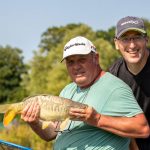 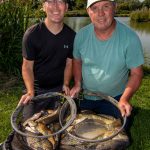 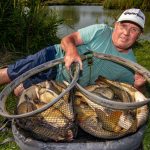