Stick Float Fishing On the River

I have just got back from an amazing day on the River Thames with Pete. We’ve been on his local Radcot Angling Club stretch and it’s been absolutely brilliant! 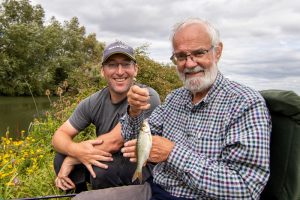 When Pete first contacted me I was pleasantly surprised to learn he’s a big fan of my YouTube videos and that he wanted a day’s fishing with me as a result. A day’s stick float and feeder fishing was duly pencilled in my diary and I’ve been really looking forward to it.

I’ve fished the adjacent section at Clanfield several times but never been fortunate enough to fish at Radcot itself, which is a really attractive bit of river with a great reputation. We had a walk upstream and downstream of the bridge at the Ye Olde Swan pub and eventually settled on a swim that was sheltered from the brisk downstream wind. To be fair I think we could have sat anywhere and caught a few as the entire stretch looks really fishy.

Kicking off on the feeder our very first cast produced… a crayfish! A few missed bites followed before we lengthened the hooklength and started to connect with a few small fish before a quality roach snaffled his worm hook bait.

All the while Pete had been priming a close in stick float swim with casters and hemp and soon into the session we decided to see if any roach were about. A bite first cast on a tare was a great sign and within minutes he was swinging in a chunky roach. That was the end of the feeder fishing as from this point on we were both totally hooked on catching these lovely redfins on float-fished hemp and tares!

It was a deep swim and with countless bleak and minnows to get through, so Pete kicked off with a relatively heavy 7BB stick float. This worked really well to begin with as roach after roach came to the net, plus the occasional dace. A brief try with a worm over the top yielded a brace of perch as well.

As the fish became even more excited he began catching them as much as 3ft off the bottom. This prompted me to set him up with a much lighter 4 No4 stick float with strung out shot.  This worked a treat and Pete was really in his element swinging and netting decent roach. The fish were still feeding avidly when it was sadly time to pack away.

It was lovely to see so many nice roach feeding and it was a great day in great company. A healthy double-figure net of fish was Pete’s reward. I know Pete’s now itching to get back to have another go… and so am I! 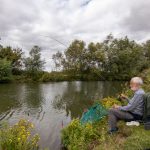 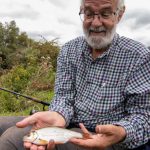 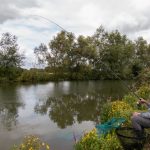 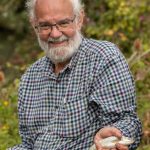 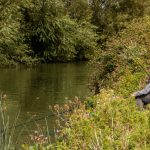 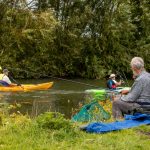 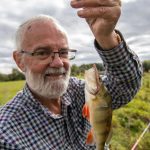 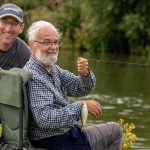 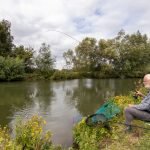 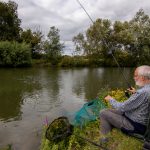 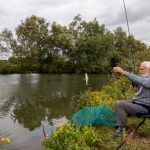 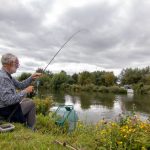 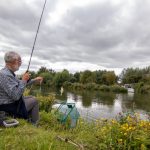 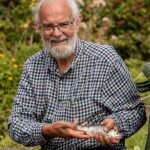 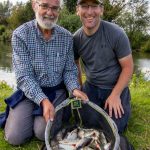 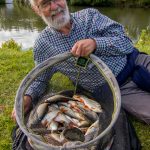