A Coaching Day To Remember 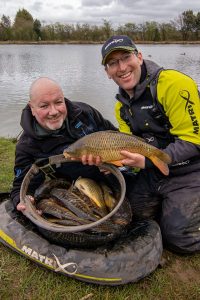 My coaching has understandably been put on hold for the foreseeable future, but I’ve still got a couple of past sessions I haven’t posted about yet.

First up was a great day spent on the bank with Mick at Makins Fishery. Mick is also an NHS nurse, so I feel privileged to have helped someone who is now playing such a vital role in all of our lives!

Mick loves his feeder fishing but particularly wanted to brush up on his pole skills with the aim to eventually start competing in a few matches one day. We’d had the usual up and down weather, so choosing somewhere sheltered from the elements was top priority.

I thought a session on Lake 3 would give us plenty of bites as it’s one of the most reliable lakes on the complex. I was therefore surprised when we hadn’t had a single sign over an hour in. I felt they’d eventually switch on once the sun warmed the water up a bit, however, and when that first carp finally arrived it opened the flood gates. We suddenly went from a lifeless swim to one that was full of hungry carp for the rest of the session!

With things now going really well it was definitely time to feed the margins. Even though we never saw a single swirl or ripple down the side all day, there were still plenty of fish coming straight on to the feed. They definitely wanted some grub as well, which was music to my ears!

Mick picked things up extremely fast and was a pleasure to help and chat to all day. After such a quiet start I think he was surprised just how many fish we ended up with.

A huge thanks to Makins Fishery for having us and I must end by wishing Mick and his work colleagues the very best during these difficult times. 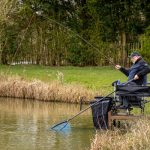 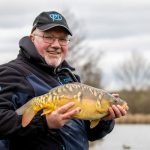 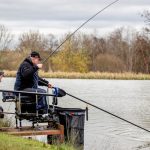 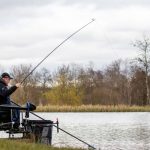 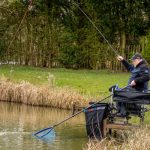 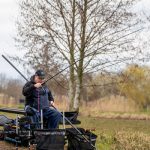 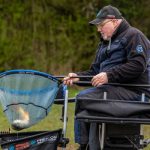 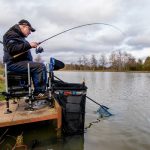 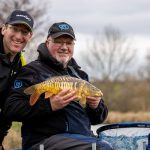 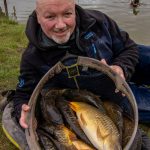